Back to: Genre - Portraits - Caricatures 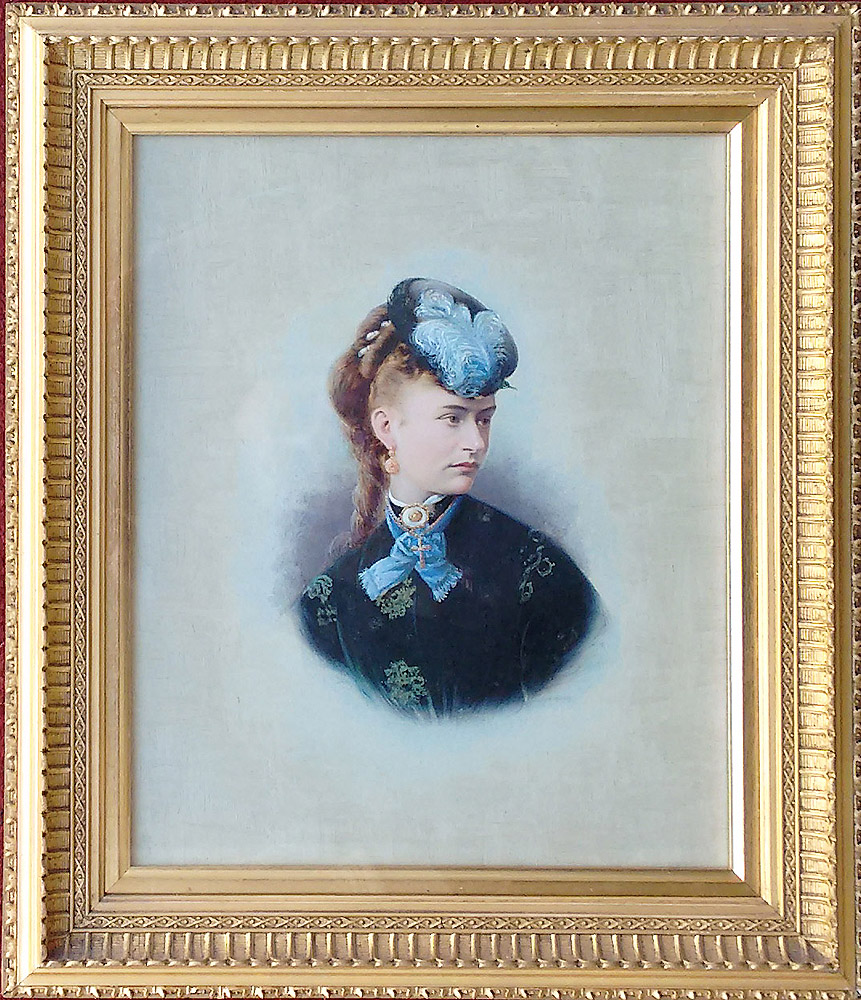 Description: Oil on board. Taken to be William's wife and Frederick's mother. A very finely painted oil on board with a textured background, it is inscribed verso:

"Our friend Mrs. Widgery of the Studio, Queen St. Exeter a true and faithful portrait of a talented painter, as well as musician, after these first pictures sent to Suffolk St. Galleries were sold in the 1st three days she and her father visited us Jan 1871. Received Saturday 13th 1872 at 6 Hillsborough Terrace, Ilfracombe. John Hesketh Lethbridge."

Underneath it is further inscribed in pencil William Widgery. Although unsigned it is known that William Widgery painted many genre and figurative subjects 'after' Edwin Landseer and it is distinctly possible that this portrait is by his hand.

Born in Uppercot, North Molton, Devon, he was a landscape, and animal painter who
began his working life as a stone mason plasterer. He later moved to Exeter
where he learned his craft by painting copies of engravings by Landseer.
He visited both Italy and Switzerland but is best known for his Devon and Dartmoor scenes.

At Mr. Hex's advice Widgery gave up his trade, and trusted his all to his success as an artist. He painted and sold many copies of Landseer and Rosa Bonheur, made portraits of cattle and horses, and drew scenes from his neighbourhood in oil; and although his work at first was of course that of a beginner, the writer and the Dr. W. R. Scott, of the Deaf and Dumb Asylum, an excellent judge of art, used often to look at them when exposed for sale, and agree that the painter had a rare eye for, and was never wrong in his colour. Indeed, colour has ever been his strong point.