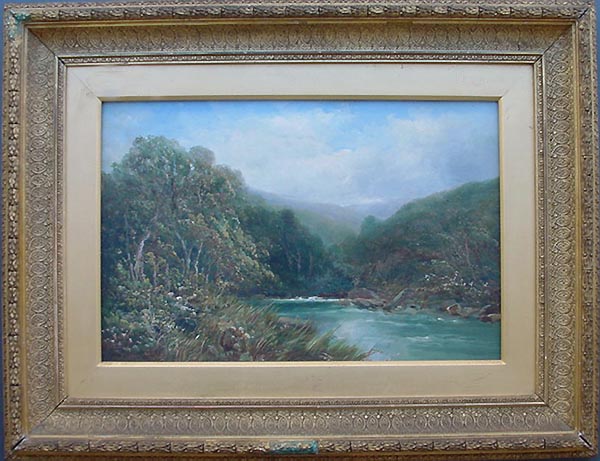 Artist Biography:
William Widgery. (1826 - 1893)
Born in Uppercot, North Molton, Devon, he was a landscape, and animal painter who
began his working life as a stone mason plasterer. He later moved to Exeter
where he learned his craft by painting copies of engravings by Landseer.
He visited both Italy and Switzerland but is best known for his Devon and Dartmoor scenes.

Other works by William Widgery | Return to Dartmoor 2008

William Widgery - Oil Painting of a Dartmoor River in Summerl